Client challenge: The Malmö Redhawks wanted to combine its data related to scouting, player health, and overall performance to better manage the team through a single digital portal

Solution: The team collaborated with Capgemini to implement the SAP Sports One platform, through which all of its data and information could be collected and shared to more effectively manage players and talent

Sports sit at a meeting point for a wide variety of societal elements. Business and culture. Unity and competition. Tradition and innovation. Like many other sports, the last of these aspects has led to the growth of technology within hockey. The Moneyball vision of data-driven sports management has made its way across the world, including to Sweden and the Swedish Hockey League (SHL). 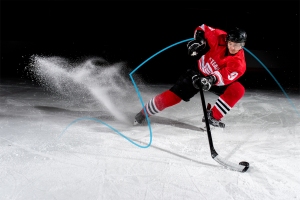 Within the highest division of the nation’s hockey system, in which 14 teams compete in one of the most evenly matched hockey associations in the world, any competitive advantage on or off the ice can make the difference between a successful campaign and an early start to the off-season.

In Sweden, the Malmö Redhawks have made the decision to lead the way in terms of innovation. Drawing their historical roots back to 1947, the Redhawks have played more than 20 seasons in the SHL and won the championship three times. While the team has consistently had one of the smallest budgets in the league, Malmö has created an identity built around substantial success, including recently making the playoffs three years in a row in spite of the high degree of competitiveness that defines SHL matches. As part of its latest hunt for a leg up on its rivals, the Redhawks turned to digital technology in search of a way to use its data more effectively.

“We generate so much data and information as part of our day-to-day work,” said Jens Hemström, a former SHL player and current Project and Innovation Manager for the Redhawks. “But all of that data was spread out across different systems for each team. So, our scouting team stored its information in one way, the medical team stored its information in another, and the managers even had a third approach. And sharing data relied too much on hard copies, so it was difficult to really put together one, complete view of our team.” 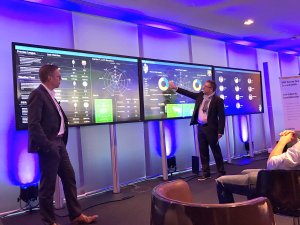 As with any sport, wins and losses begin long before the start of a match. Player evaluation andmanagement directly translate into performance on the ice and are key aspects that differentiate playoff teams from the rest of the pack. This meant that in looking at its approach to data management, the Redhawks had set their sights beyond technological innovation and firmly upon player health, team performance, and the SHL cup.

Malmö decided that it would be better served by a single platform that could offer a shared space to store and access its player and management data. And after a review of its options, the team found SAP Sports One, a cloud-based system that could work as the heart of the Redhawks’ vision of a hockey team supported by digital technology. The team then worked with Capgemini to actually put technology in the hands of Redhawks management.

“Going in, we needed to make sure that everyone got to contribute to the wish list,” Hemström explained. “All of our teams obviously needed slightly different things to make sure they could do their jobs and support each other. At the same time, Capgemini let us know what we needed from a technical perspective to actually end up with the system we wanted. Managing all of that was difficult, but we knew how important it was to taking the team forward.”

The new platform made it easier for the Redhawks’ many teams to work collaboratively to field the best team possible and deliver victories for their fans. Having a shared space to store and review data on players and strategy from a variety of perspectives meant that coaches and managers could find talent where other teams might miss it and understand how to get peak performance from every athlete without pushing them too far. As injuries fell and training improved to address the specific weaknesses revealed over the course of a season, the Redhawks built upon a winning culture that placed the highest priority upon player safety. 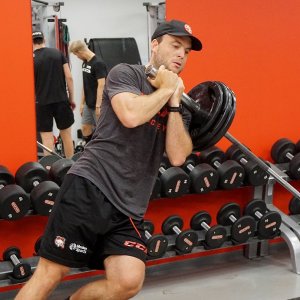 “Because of the SAP platform, our coaches have a more complete analysis of each player, which obviously makes it easier to put together a training program that improves the team throughout the season,” Hemström explained. “And they could also see when a particular player began to struggle, which could provide a warning about future injuries or even existing minor injuries, which can be tricky to spot. Knowing this means that we can rest players when they need to without waiting for an injury to happen or become obvious, and this has led to a 30% decrease in the number of injuries we experienced every year.

“Of course, fewer injuries means that we have our best talent in matches more often and ultimately leads to more wins.”

The future of fan engagement

But team management does not represent the extent of digital technology’s potential impact upon hockey. As seen in football, basketball, American football, and rugby, the fan experience offers a whole new avenue for innovation. With new technology and investment, teams have the potential to engage with their supporters faster and more directly by putting more information directly into spectator hands. With more data related to player performance pushed out to fans, hockey teams can make the entire sports experience more inclusive and entertaining.

As with everything hockey and Redhawks-related, Hemström is enthusiastic about the potential for fan 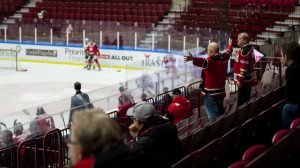 involvement of this kind. “We have some of the best fans in the league. We feel that they’re a part of the family and we know they want more information all the time. The future has so much potential and I can absolutely see a day when we can push out data in real-time to the people watching our games and add new elements to the viewing experience. This platform is really the starting point and I can’t wait to see what we can achieve next.”

Of course, wins and losses are the ultimate determining factor in professional sports, and the results have so far spoken for themselves. Even with the second lowest overall budget within the SHL, the Malmö Redhawks have found unique ways to compete through advantages such as superior analysis and management. Over time, there’s no doubt that more teams will follow this trend, as success always leads to imitation. But, as leading innovators within the sport, the Redhawks don’t plan on waiting for the rest of the league to narrow the gap.

“It’s never enough to have won in the past, you know?” Hemström said. “Making the playoffs and even winning a championship are great, but the next season is always going to start eventually and then we need to start winning from scratch with a target on our backs. So, we’re always looking for new opportunities, anything that can help us keep winning. I’m excited for the future and looking forward to adding another chapter to the Redhawks’ history.”

The Capgemini Momentum Tracker is a tool aiming at highlighting both performance and...

What could the Dutch football learn from agile?

What could the Dutch football learn from agile?

You may accept all cookies, or choose to manage them individually. You can change your settings at any time by clicking Cookie Settings available in the footer of every page.